A story about Wargaming.net Game Center: The Gates of Hell were opened

When I started working on OMLauncher, I asked myself, 'Who may also need this, besides me?'. I'm not the only one who reacted to Wargaming.net Game Center the same way as the infamous patch 10.0 "Rubicone". The official game forums still have topics related to game installation or update issues. The application that meets the latest industry and technology standards should serve the user the way it's meant to be and do that smoothly. But things can't be easy, right?

The Wargaming.net Game Center is our game launcher app that lets you keep all your Wargaming games in one place, read up on the latest news about upcoming features, watch videos, and find dynamite deals with ease!

Wargaming wants to provide access to their games under one platform. They did it, no one declines this. All games are in the Game Center now and I'd note that "planes" were the first who flew away from the old update server. Low average online, as well as low popularity of WoWS and WoWP, allowed the company to migrate all players in quick and painless method. But World of Tanks is a different story... The first shot was the Common Test launcher's shutdown. Since the first stage of Update 1.5 Common Test, access to the CT was blocked with this notification. 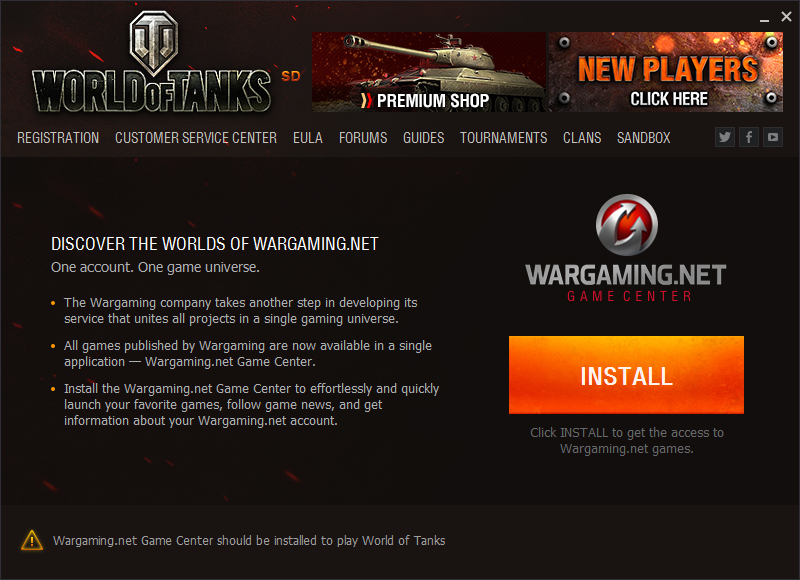 The second shot (more like a warning) was the news article published on the 14th of May, 2019, where you learn that Game Center is a revolutionary product that will significantly ease your life. There was no third warning. On November 4 "the final transition from launcher to Wargaming.net Game Center" happened. It had enforced the launchers merge process.

American and Asian servers were migrated to WGC two weeks earlier - on October, 21. The European - in one day with Russian one.

I think there is no need to describe what happened on CIS forums. This news is still discussed, but not that active like on the first week when forum was unstable and even had to shut down for maintenance, topics started by angry players were removed from forums. Fun fact: the update that breaks the launcher was marked as an update that "fixes some minor issues". But along with "launcher's breaking" something strange happens. There was an update leak for game client as well. This leak also happened on EU server - they got the updates as well. Unfortunately, it didn't last long. On November 14 another micropatch is being released, but it was not published on old update server that is still functional for some odd reason.
On next morning I check my private messages forum with one phrase in my head "they will fill my PM with questions, why everything stopped working and what to do?!" Nope, the counter shown only three new messages. The talk was short, most of the players responded just in time. They agreed to take part in the closed alpha test. The launcher's server side was completely functional that day, if ignore some minor jams. The updates delivered without a problem. But we don't stand still and move on.